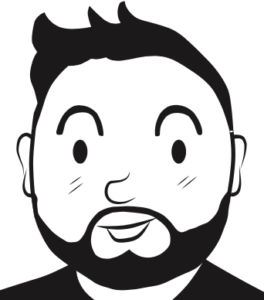 Daniel Lobell  is a Los Angeles based comedian, comic book creator, and podcast host. He is the host of the Modern Day Philosophers podcast, which features comedians like Bill Burr, Brian Regan, Maria Bamford, Aisha Tyler, and Fred Armisen talking philosophy, and Tipping the Scales, a podcast about body image and health. He is also the creator of the “Fair Enough” autobiographical comic book series, and has two albums out on Stand Up! Records: “Some Kind of Comedian” (2013) and “The Nicest Boy in Barcelona” (2017).

In 2017, Daniel made his Edinburgh Fringe debut with his one man show “Broke As A Joke,” which received accolades from critics and fans alike. He returned with his breakout hit “Tipping the Scales” at the Underbelly in 2019. He has appeared on WTF with Marc Maron, This American Life, The Howard Stern Wrap Up Show, Dr. Drew’s podcast, Gilbert Gottfried’s Amazing Colossal Podcast!, Risk!, KPCC, and The Artie Lange Show.

In 2015, he gave a TEDx Talk, and he has toured all around the world doing standup comedy. He is a graduate of The Second City improv program and the creator of the first comedy podcast to feature interviews with comedians, Comical Radio. He is married to writer Kylie Ora Lobell, and is a proud papa to two dogs, a tortoise, and five lovely chickens.